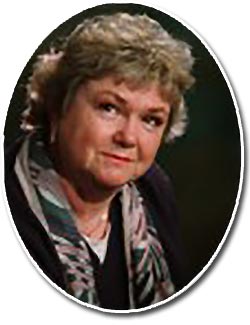 I grew up experiencing the value of extended families. I spent my early years in the area where my novels take place and we kids—siblings, cousins, and neighbors alike—looked forward to evenings engrossed in the music, stories and laughter of the old folks whenever kin came calling. My father was a fiddler and a mesmerizing storyteller. As my generation matured, his stories, once limited to the humorous, expanded to touch on family tragedies and associated scoundrels.

As an adult doing archaeological fieldwork, evenings were often spent in much the same way with the campfire replacing the old quilt spread on the living room floor, guitars replacing the fiddle. But the stories, the reflections, and analyses of the cultures we were studying made me realize how powerful family stories and local legends are in establishing our mores.

My father was the youngest in his family and when he became ill I knew there would soon be no one left to re-tell the stories of those childhood pranks, family foibles, and the just plain errors in judgment. I began recording interviews with him to preserve the history we both knew would soon be lost. Those are the stories from which I drew material for LEGENDS OF THE SANCTUARY TREE. I hope these stories will serve as my contribution to the rebirth of the extended family.

After my three daughters were grown, I attended Linn-Benton Community College in Albany, Oregon where I was given my first taste of archaeological fieldwork. What a rush! I then entered the University of Oregon as a “mature” student where I earned a Bachelor’s degree in Anthropology. After several years of doing private contract work, I was accepted by the Prehistory Department at the University of Sheffield in England where I earned a Master’s degree in Prehistory.

I now live near Portland, Oregon with my husband Don and our dog Bair. It’s unlikely I’ll ever play a foot-stompin’ fiddle tune or remember all the words to The Peek-a-boo Waltz, but I have been learning to play the mountain dulcimer.